In training for a juice cleanse, aka juice fast

by Amelia Easten
in All Things Vegan

I’m preparing for a juice fast, starting tomorrow morning. It’s something I’ve heard quite a lot about, but not from anyone who’s actually done one. If anything juice fasts seem like something endorsed by Hollywood, maybe because celebrities are now being followed by paparazzi and snapped if they have a bottle of juice in their hands. The film ‘Fat, Sick and Nearly Dead’ spawned what is practically a new religion and ever since, juicers have been flying off the shelves. The basic premise of a short cleanse, anything between 3 and 10 days, is to give the body a rest from fiber while also hitting it with all the vitamins and minerals it needs to heal itself while taking said rest. A bit of R&R. Because you are forcing your body to detox with such a hit of vitamins, and cutting out everything that is a normal part of everyday life like processed sugars and caffeine, the body immediately goes into withdrawal. This causes the hangover-like symptoms that put most people off trying a detox: headaches, fatigue, and dizziness. After three days of these your body is supposed to perk up and get the point, and the next however many days will, in theory, pass in a glorious haze of energy leaving you revitalized when you start phasing in solids again.

For this reason I really don’t see the point of three day cleanses. Why would you want to only experience that bad part? I’ve found a guide for a 7 day juice cleanse that should see me through for the first week at least, and if I feel up to it I’ll continue. There are plenty more recipes on the site, which is good because I really don’t fancy the look of the Bruschetta Tang. It looks like a cross between a Virgin Bloody Mary, which were never my cocktail of choice, and pizza sauce. The guide also recommends 4-6 juices a day, and I think if I’m drinking the same juices every day it will get rather tiring rather fast. 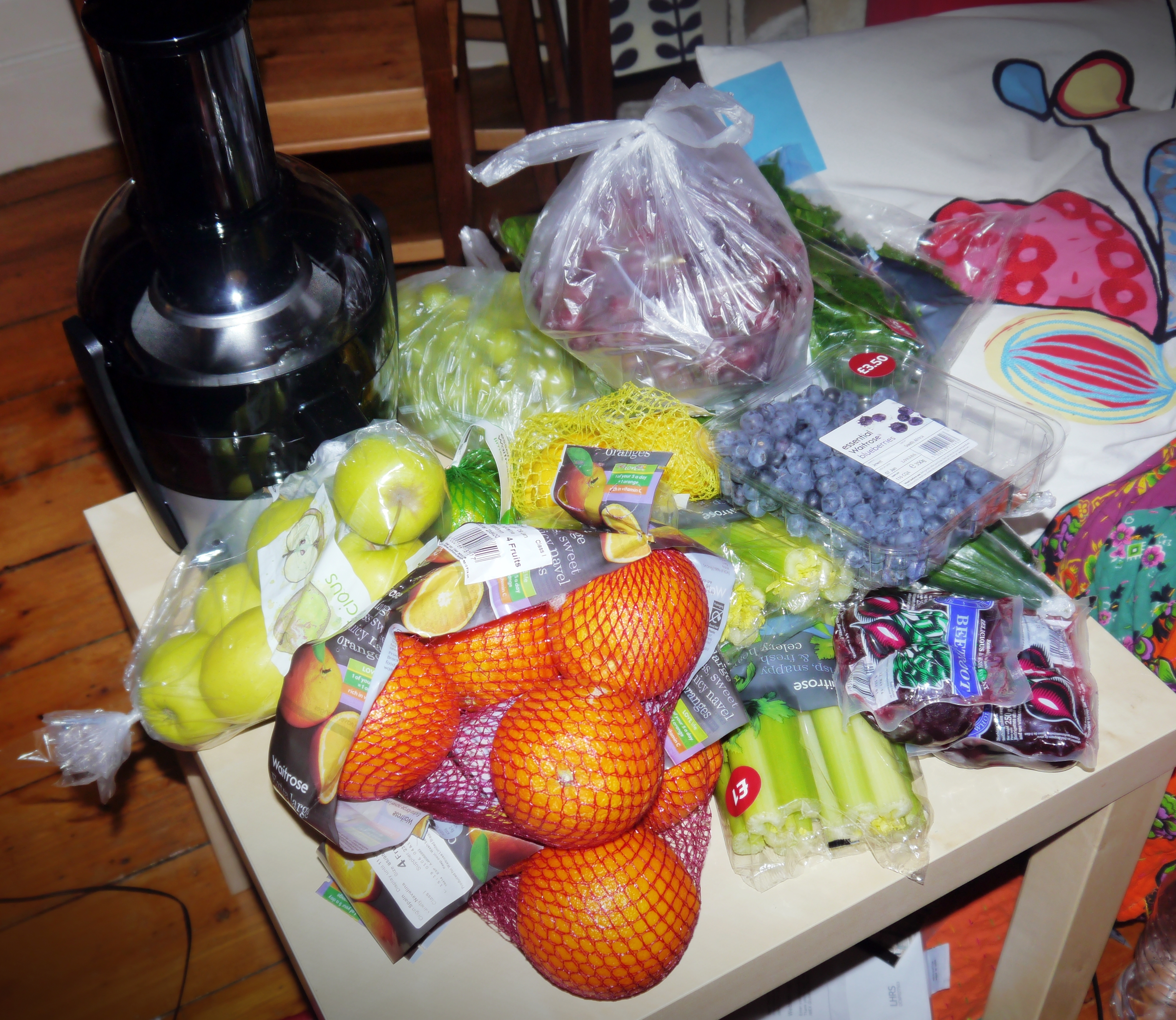 My basic idea is to see how the first day goes, how much of the stock of veg is used up, and adjust accordingly. Weigh in, measurements, and photos will all be taken tomorrow morning. My boyfriend thinks I’m rather loopy, and is worried about me, but I keep trying to assure him it’s a perfectly normal thing to do. His point is that as a relatively clean eating vegan who doesn’t drink, smoke or do drugs, I have nothing to detox from. I’m hoping this is true, because if my theory is right it will mean that the hangover symptoms are much less… possibly.