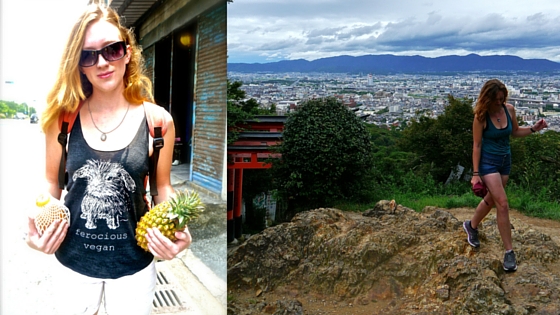 It took me a long time to pluck up enough courage to buy and then wear a vegan t-shirt. I don’t know what I was scared of, people hurling steaks and abuse at me in the street, perhaps. And now I want more. They’re a great conversation starter, they’re a good way to show your vegan colours often in a humorous way, and they’re supporting hardworking vegan crafty types. And if you’re a long-term travelling like myself, they’re super versatile and tiny to pack. I use them when I do Yoga/hike/just go out with shorts and want to look more casual. So here, in no particular order, are my favourite vegan shirts – a mixture of the cute, the loving, the radical, and the artistic. As a bonus, a lot of the t-shirts in here are made from organic, sustainable cotton or bamboo and donate part of the profits to an animal charity. There’s no excuse not to be wearing them, really. 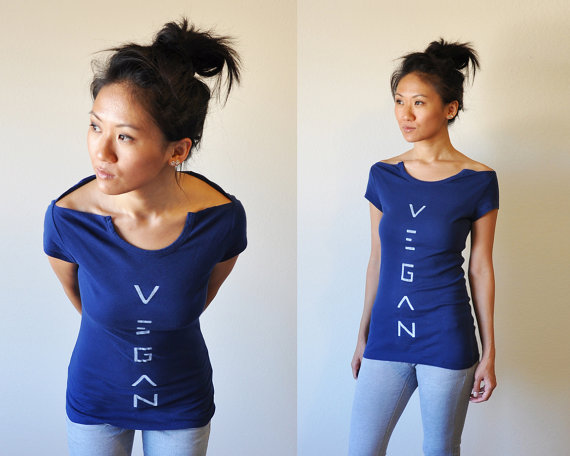 I couldn’t choose which of these I like most, so I’ve just linked to the whole shop. There are so many different styles here that, unlike most of the tops in this list, aren’t just a generic tank or tee. Off the shoulder, button up, crop, baggy, tight – these have to be the most stylish range of vegan t-shirts I’ve seen. Awesome. 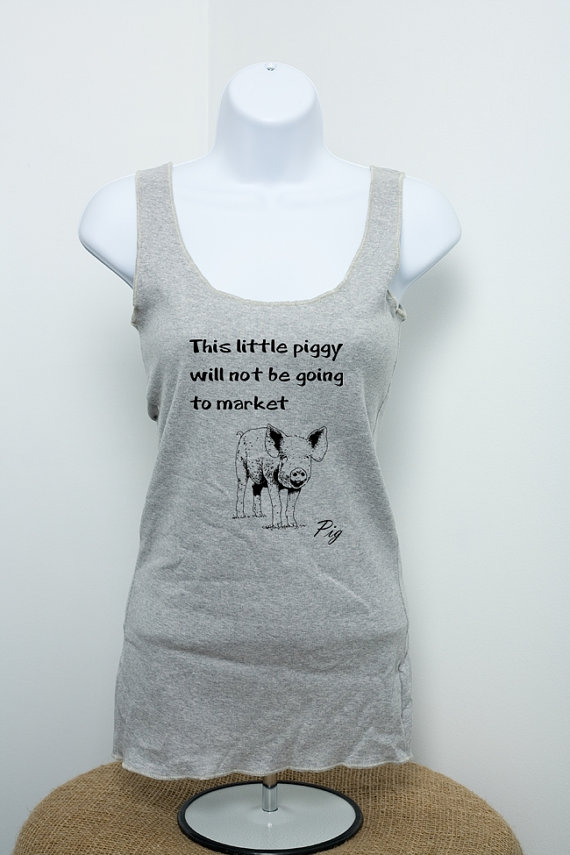 I love the cute graphic on this one, plus the subtle but clearly vegan message that doesn’t scream aggression. It’s organic cotton and printed with non-toxic ink. 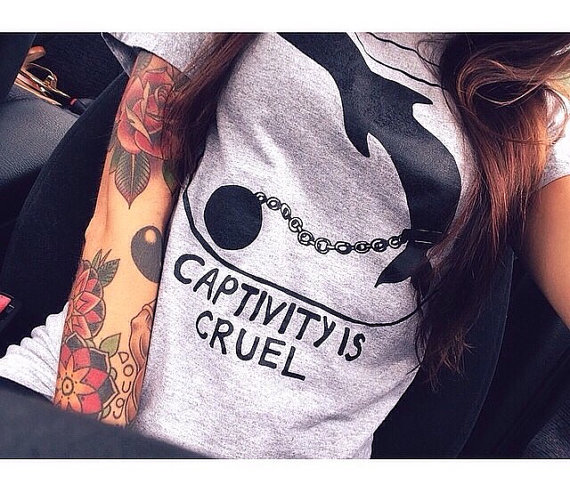 Want to made a statement about animals not being used for our entertainment? This pretty nifty design says just that and makes a cute vegan t-shirt while it’s at it. Vegan Veins also donates $1 from every shirt sold to animal charities. 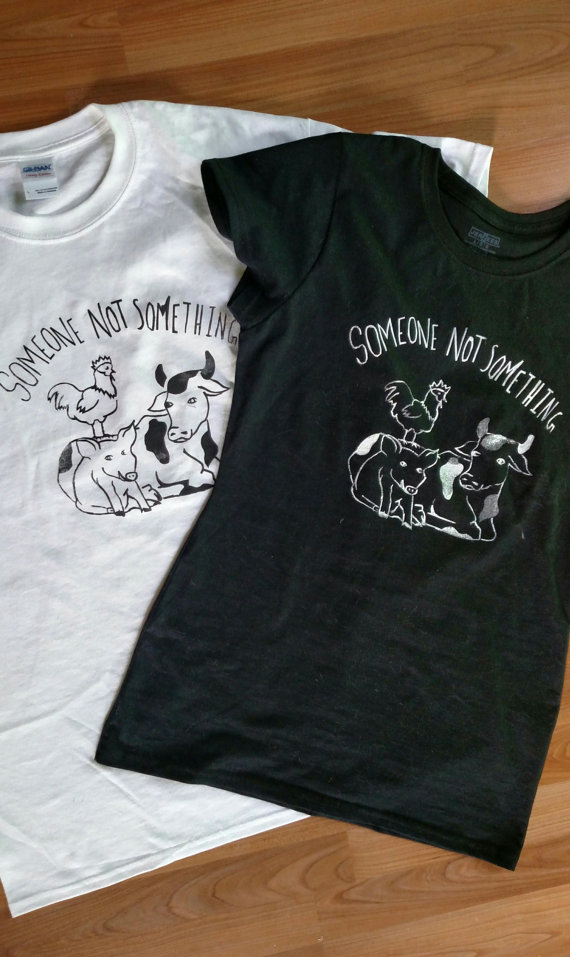 Someone Not Something – The Littlest Herbivore

For every t-shirt sold, The Littlest Herbivore will donate $1 to an NGO animal charity. This one’s for adults, but make sure you go onto her Etsy page and check out her range of t-shirts and onesies for toddlers and babies, they’ll make you want to raise a whole brood of little vegans… or start dressing your cat, whatever floats your boat. 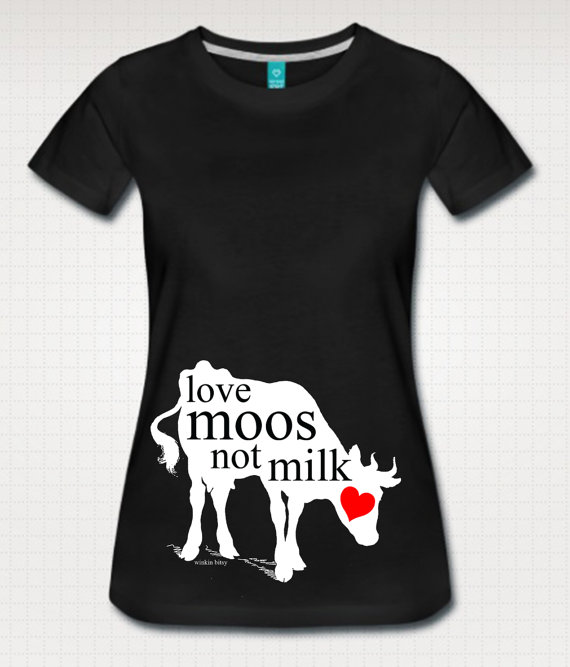 I love the graphic on this one. Again, it’s a little different and more stylish. I could easily pair this with heeled boots and skinny jeans to go to a bar. I own three tanks by The Vegan Police, and I love them. This is my favourite of all, but ‘I don’t eat pals’ gets a lot of compliments, and I love the colour. If this design isn’t for you go and check out the Etsy shop – you’ll be hard-pressed not to buy everything. Actually, you’ll make a massive saving on postage this way, so you should. They’re also super light and barely make a dent in my suitcase, perfect for travel. 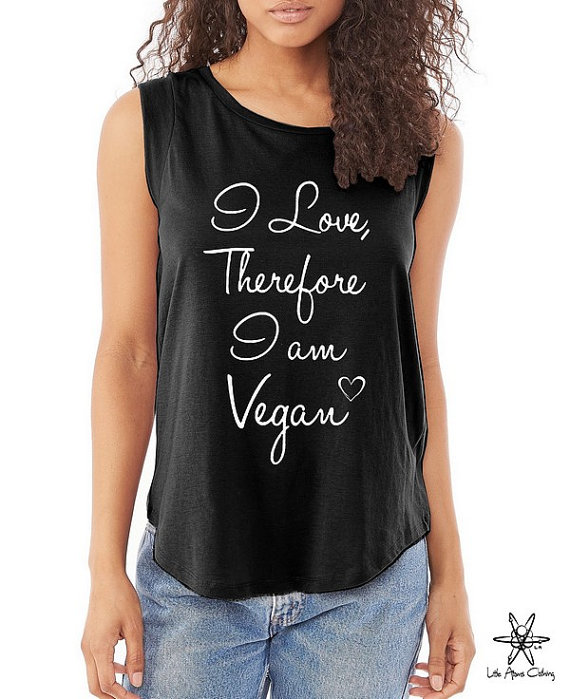 I love therefore I am vegan – Little Atoms

Speaking of love – I love the message of this shirt. If you’re feeling a little too caught up in activist slogans in your wardrobe, go for this t-shirt to bring more warm fuzzy feelings to your day. You’re welcome. How cute is this t-shirt! I’m a bit of a sucker for pink, although whenever I try to wear it with my blonde hair I look far too Barbie. Something I try to avoid at all costs to maintain the illusion of dangerous badass traveller (hahaha). Not a strictly vegan t-shirt, this is still an adorable addition to any wardrobe. 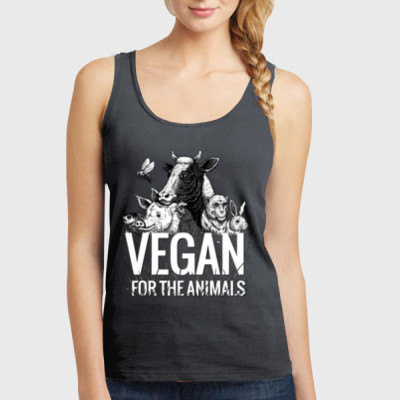 Vegan for the Animals – Drama Patrol

What more need be said? Vegan for the Animals, with a good graphic.

What have I missed off the list? Do you have any t-shirts already? Let me know in the comments below, and get some Comment loving. 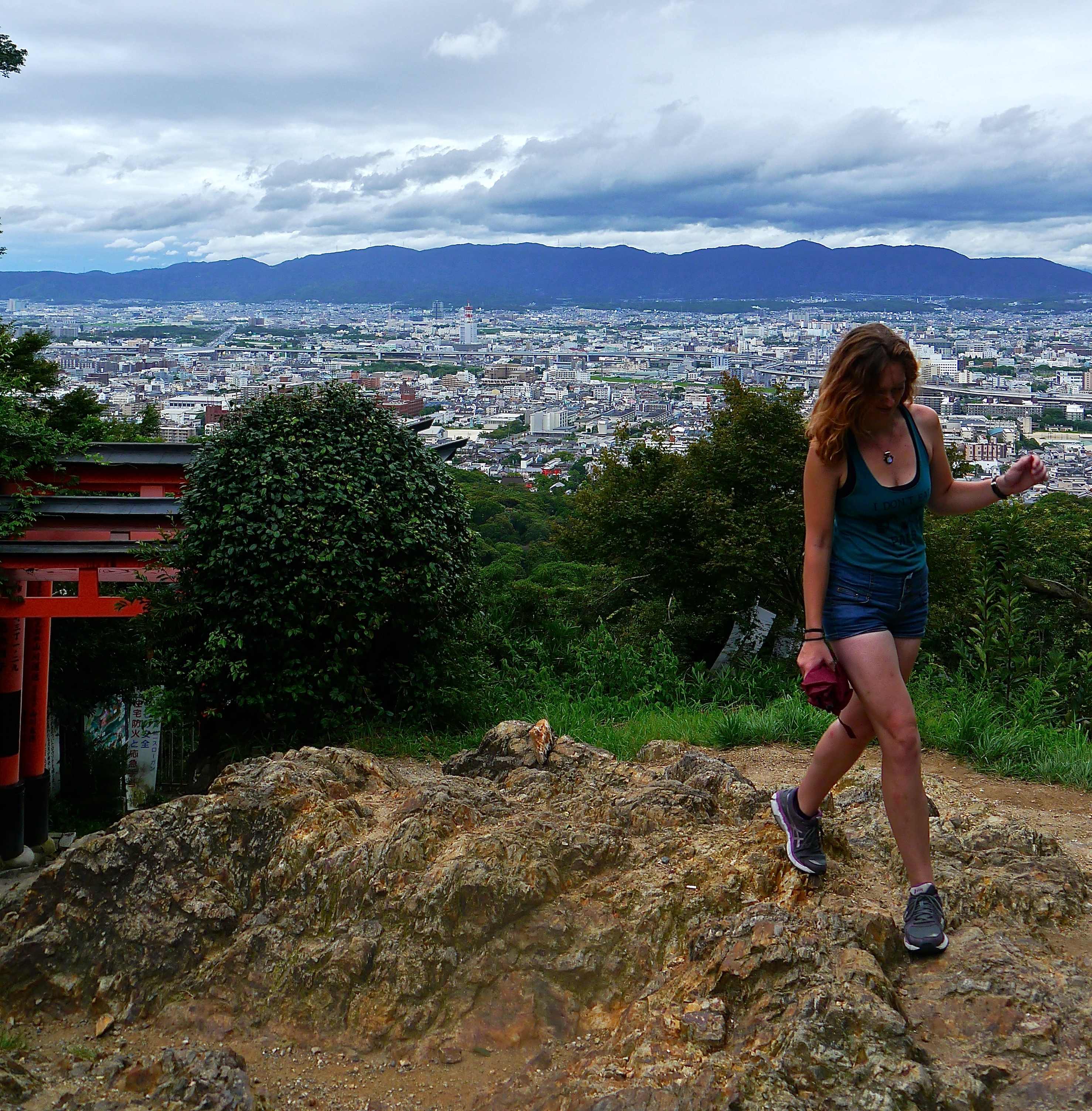 Trotting around Japan in ‘I don’t eat Pals’ from Vegan Police.

Disclaimer: I own some of these and wouldn’t recommend them unless I thought they were awesome. If you click on the links and buy something I’ll make a tiny commission that’s free for you, which allows me to travel for a little longer and keep my shirts from having too many holes in them.