Travel has stopped me buying clothes

by Amelia Easten
in All Things Travel, Conscious travel 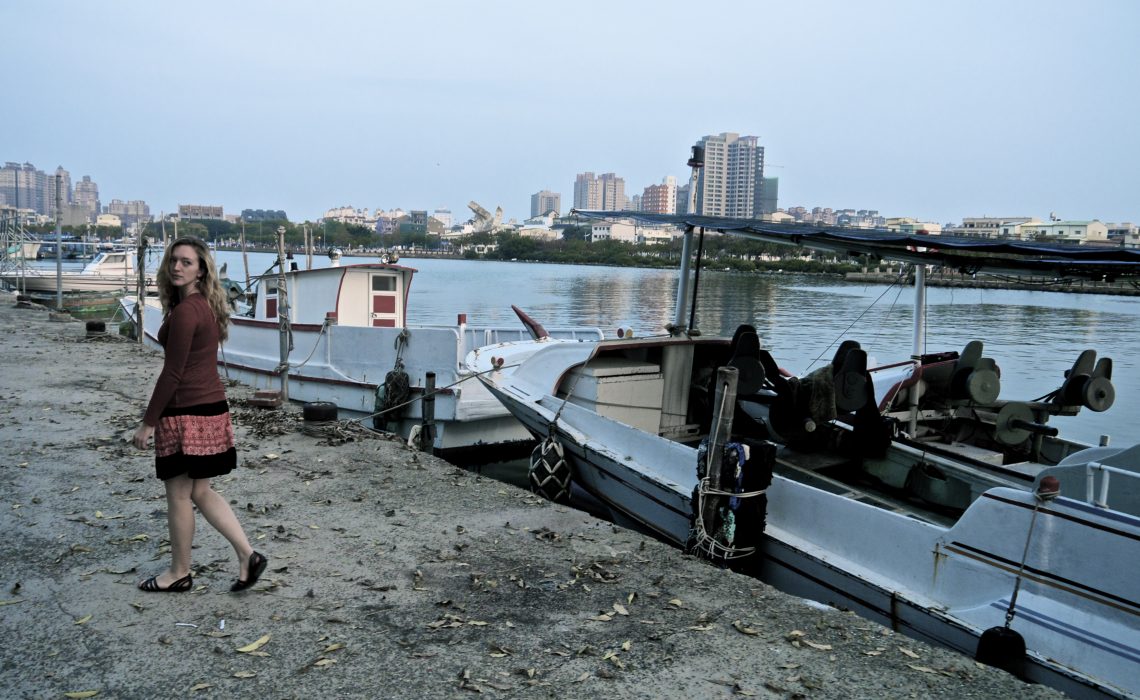 I had a realisation a few days ago: travel has stopped me buying clothes. Well, almost. I haven’t bought clothes from a shop in over a year. Not Zara, not H&M, not Primark. I haven’t shopped online, and no Asos delivery boxes have arrived at my door. I have almost completely stopped buying clothes.

And yet I like my minimal travel wardrobe more than ever.

Top given to me by a friend who was bored of it, skirt $1 from a sale.

When I left my apartment in Scotland a year and a half ago, I was shocked at how many clothes I had. This was partly to do with becoming vegan, starting to work out and losing a lot of weight, around 40 pounds. None of my clothes fit me anymore. Before that I had been a bit up and down, and had a varying wardrobe which spanned across several dress sizes. Losing those 40lbs made everything I owned fall straight off me. I was smaller than I had been since I was about fourteen. There was only one thing to do: buy a whole new wardrobe.

And then I lost a little bit more weight.

And now I had every size of clothing between a UK 6-8 and a UK 14. But throwing the large ones out seemed like tempting fate.

Long story short, I think I donated around 5 big black binbags of clothing to charity shops. I had clothes coming out of every storage area  in my flat, some hardly worn. And I made a vow: never again would I buy this much clothing.

We all know about sweatshops, but the drain on our planet’s resources is also extreme in the production of clothing. And as it’s easy to put sweatshops in the ‘out of sight, out of mind’ area of your brain, here are some short videos on that.

Ethical consumerism is like a rabbit hole. Once you go down it, it’s never-ending and you can’t climb out. Our presence is hurting something, or someone. Maybe it’s because I’m travelling through countries with a higher level of poverty, though, that it’s simply not as easy anymore to put where my clothes are made at the back of my mind. Or maybe it’s that combined with being more budget conscious, and having very little room in my bag. Whatever the reason, I’ve done a little digging for some more facts.

“Because women make up 85 to 90% of sweatshop workers, some employers force them to take birth control and routine pregnancy tests to avoid supporting maternity leave or providing appropriate health benefits.”*

I recently stopped taking birth control because it was doing too many weird things to my body. Despite adjusting to normal hormones causing me to now cry in public a lot, I feel much better off without it. I can’t imagine being forced to take it, and I’m guessing that the consequences of a positive pregnancy test for these women aren’t pleasant. I wonder how many dangerous and life threatening abortions take place because they don’t want to lose their source of income?

“A study showed that doubling the salary of sweatshop workers would only increase the consumer cost of an item by 1.8%, while consumers would be willing to pay 15% more to know a product did not come from a sweatshop.”*

I’ve heard this one before, and it’s ridiculous. But the reality is that all the high street brands, ethical and non-ethical, are still causing a drain on our planet (see lovely colourful infographic to your left).

“In developing countries, an estimated 168 million children ages 5 to 14 are forced to work.”* That’s more than the entire population of Russia (146 million incl. Crimea).

So how am I getting clothes?

When I backpacked for the first time in 2010, I made the common mistake of buying a new wardrobe of ‘functional’ clothes. I’ve met very few people who wake up and think “what will I wear this morning? I know, the khaki pants, they’re just so functional.” These clothes got littered around various hostels as I got more and more bored with them, and my outfit became one that, except the t-shirts, was picked up around South America: a little red skort, two pairs of black leggings, a scarf, 3 t-shirts, a fleece, a black maxi dress. That is it. That lasted me for a little over a month. And so my inner minimalist was born… until I went back to the UK and developed a Russian doll clothes collection of every size out there.

One of two outfits I owned in Colombia

That was four years ago. I now live comfortably out of a backpack, and have a wardrobe that stays reasonably fresh and interesting for me. I have my almost perfect minimal travel wardrobe. I spend very little money on clothes, and I like everything I own. Here’s how:

1. If you really need something new, find a local maker. In Chiang Mai I met a French lady who designs and makes Yoga clothes. The clothes are made by a lovely Thai lady who you can watch sewing and laughing with her friends. They don’t cost the earth, in money or in how they’re made.

2. When you’re bored, swap clothes with someone else. Most female backpackers are in a similar situation of only having a small number of clothes. If someone compliments something you’re wearing and you don’t feel that way about it anymore, why not give it to them? Some of my favourite items are from when this happened to me, like the pants in this picture. 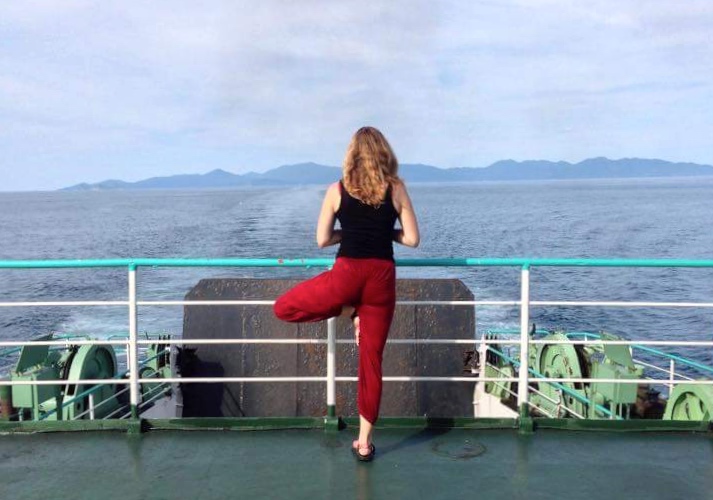 Swap clothes with others when you travel

3. Check hostels. Most usually have a pile of old clothes that people have got bored of and left behind. My friend worked in a hostel in Malaysia for a while when she run out of money, and every time we complimented something she was wearing the answer was the same. “It’s from the hostel.”

Green top from the animal charity sale, and still my favourite t-shirt.

4. Thrift stores and second hand sales, or new to you sales. Some of my favourite things came from a very cheap sale for an animal charity in Taiwan, and the money went to help feed dogs. Win win.

But beware of scams. I’ll always try and pick sales where I know where the money is going. When I lived in Berlin I bought some very cheap clothes from Humana without researching it first. I then found out that they’ve been involved in various exposes as a for-profit company, with unethically sourced clothes and the proceeds never actually reaching the needy. Read about that here.

5. Have the one item in, one item out rule. This will keep your backpack at the same size, or smaller, than when you started your trip.

Have you found a way to keep your wardrobe fresh, interesting and free while living out of a backpack? Let me know in the comments below.

*All these quotes and more can be found, along with their sources, here.