by Amelia Easten
in Teaching in Taiwan 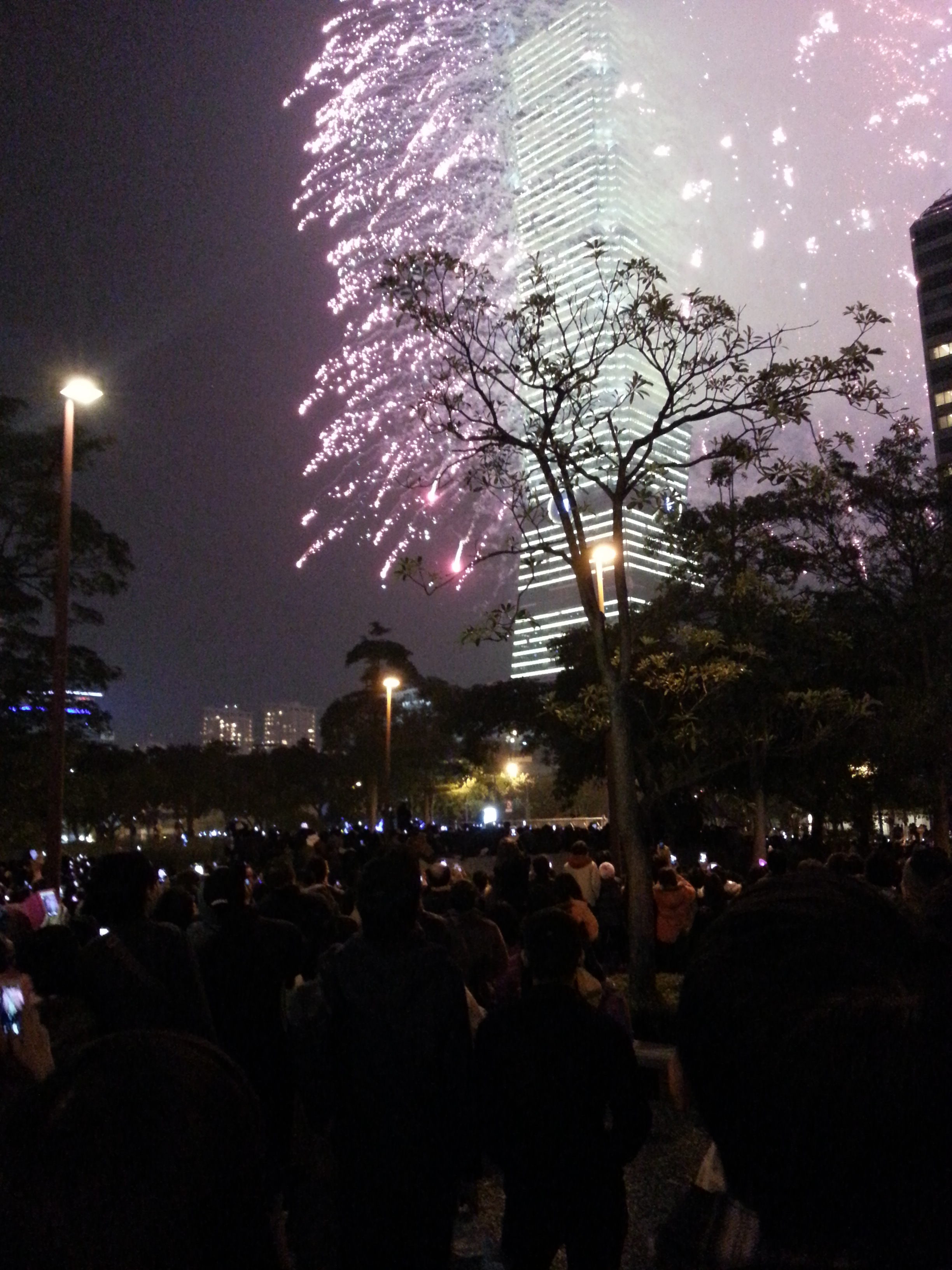 As I may have mentioned here before (with a slight tinge of bitterness) holiday time here is something non-existent. Last night I Skyped a friend who’s been living and teaching in Beijing since last May. It was our first time catching up. “How much annual leave do you get?” he asked. I held up a balled fist to the camera. It took him a moment to realise. Because I private tutor too – one session a week adds significantly to what I save every month – I work Saturday mornings. My school also has me working the occasional Saturday, and once, in December, a Sunday.

This was a strange award ceremony on the 4th floor of a cinema in a remote part of the city, where the kids doing well in English got to watch a film, and then a colleague and I were brought in to hand them awards on a tiny raised podium. Trying to manoeuvre around ten children standing on a 4ft by 7ft raised platform to put medals over their heads wasn’t easy, and I nearly fell off or knocked a child off a couple of times. Then I had to have a picture taken handing them a certificate. Tip: if you’re coming to Taiwan, learn how to have the perfect camera smile ready to pop out at any moment. I don’t have one. Mine was a pained and awkward grimace. What made this whole event particularly surreal was that the music they had chosen to play sounded like ‘riding over hills’ generic video game music from ten years ago. I was pretty sure I remembered it from Legend of Zelda. I had to press ‘Insert link’ to get this image on the page, get the pun? (Nerd reference).

The Saturday I worked in December was a ‘make-up day’ for having two days off at New Year. This wasn’t just my school, this was every company across the island. Because New Year was a Thursday, Thursday and Friday were off school. But two days off in a row??? Who heard of such a thing? The country will collapse! So we had to work Saturday the 29th to make up for not working Friday the 2nd. Some companies ignored this of course, they gave the Saturday off but not the Friday, and some gave both, but most schools held to having the make-up day. All of this meant that in the whole of December I was not working for… 3 days. I’m burned out. Because of the make-up day and the cinema award ceremony, I was working for 13 days straight, with Christmas towards the tail end of those days. By the end of this period, I bore an uncanny resemblance to this rabbit:

My coping strategy towards dealing with missing Christmas, and one that I’ve heard repeated by other expats, is to tell myself that I’m just saving Christmas up for next year. I was homesick at the time, but now that it’s over and it’s 2015 it doesn’t seem like such a big deal. Something that is celebrated is New Year’s Eve, though.

When I left work on Wednesday night, the city had changed. Small nightmarkets had popped up where they’d never been before. People, people were everywhere! Although, for a capital of Asia, Taiwan is pretty small and empty of people, it’s still far more densely populated than most European cities. But because everyone is working all the time, I never really realised this until so many people appeared.

The biggest event in the city is the fireworks at Taipei 101. One of the tallest buildings in the world in a relatively small city, it looks odd standing out so high about the city with very few other buildings that even reach 1/3rd of the way up it. People appeared about 4 hours early to get a good spot, and I’m pretty sure I saw a few tents set up. By about 11.30pm it was hard to move. We found a patch of ground to sit on, and waiting for the fireworks. They started at midnight, and lasted for three minutes. They were nice, but not that impressive.

The most impressive thing was the amount of people videoing it. My newsfeed now has many, many pictures that all look exactly the same. Something like this one. 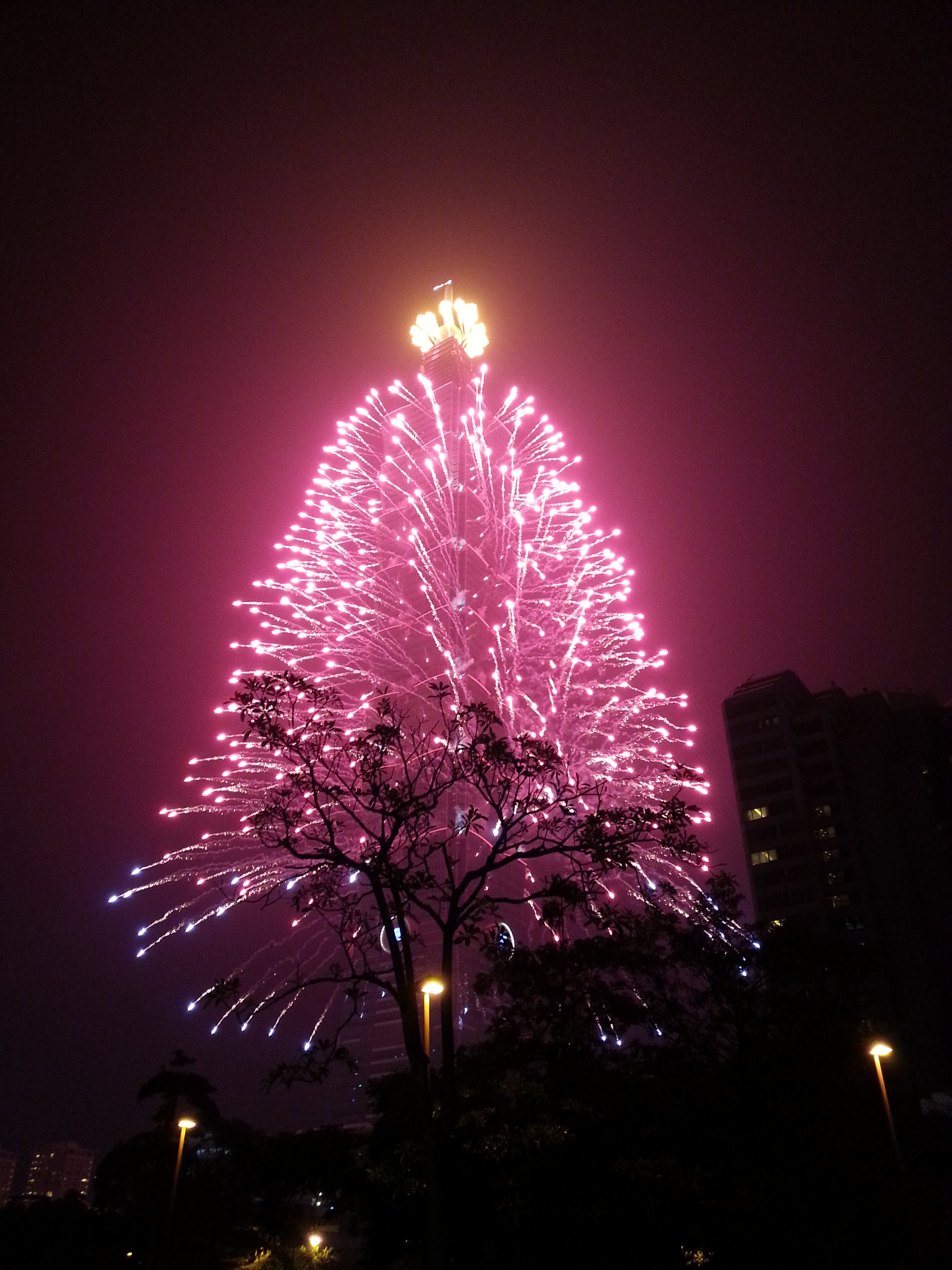 And when I turned around to look at people’s faces, this is what I saw: 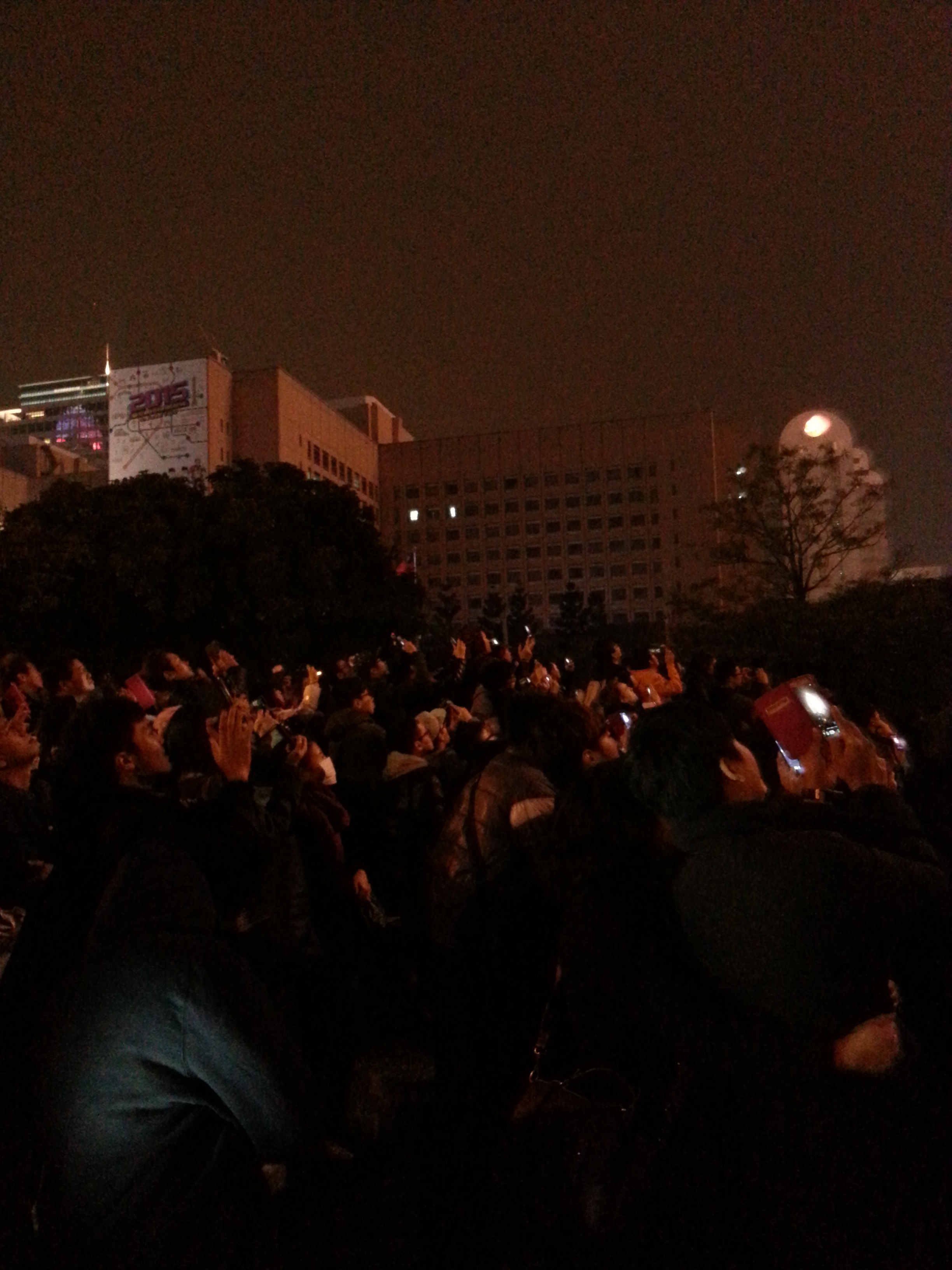 It doesn’t really show the amount of people on their phones, but I think it was every other person watching the fireworks though their screen. I wondered what the point of even being there was. Oh well, welcome to the future. Even though the MRT was running until midnight, there were lines around the block to even get it, so I walked home. The internet on all phones had stopped working several hours before, so meeting up with any other friends wasn’t going to happen. All in all, a mellow NYE. And then four days off. In which I’ve been sleeping, and writing, and staying up too late. It’s glorious.

in Asia, Cambodia, Travel tales, Uncategorized
Motorbike Crash in Cambodia – Part 2, the island recovery
in All Things Vegan, Conscious travel, Taiwan, UK, Vegan travel, Vietnam
6 vegan meals you need to eat in 2016, and where to find them – Plant-Powered Nomad
in All Things Vegan, Japan
Vegan-ing out in Tokyo