Taiwan, and the demise of my self-esteem

by Amelia Easten
in Teaching in Taiwan 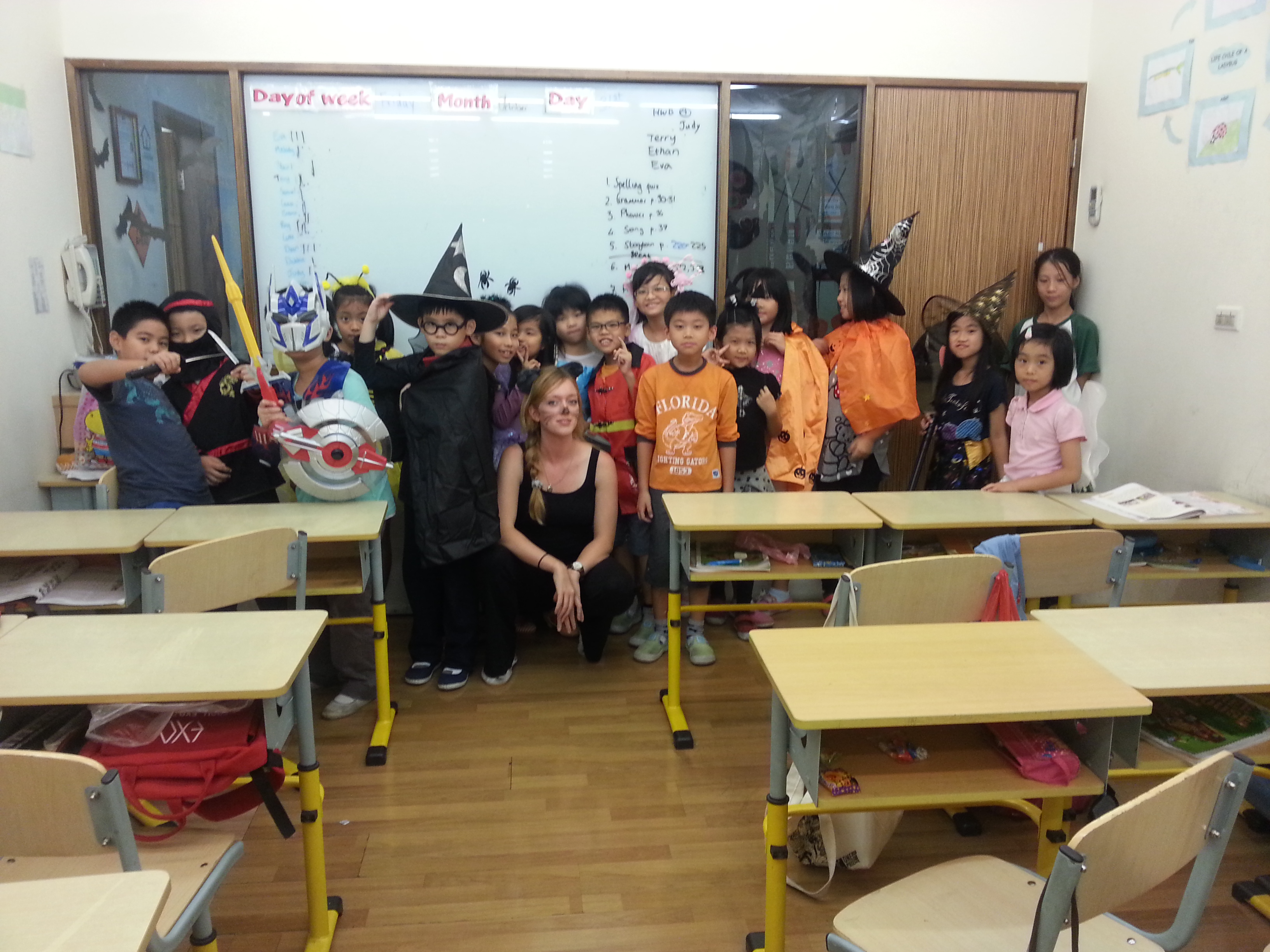 “You have a lot of pimples, are you on your period or just tired?” was the first thing my Chinese teacher said to me when I walked into Starbucks one day. I just wasn’t wearing makeup.

Recently, I have been fighting an ongoing battle with pinkeye. It’s now 7 weeks and counting. When it first developed I immediately went to the doctor before it could get worse (clearly that worked). Having had a bad experience with a clinic previously, when a doctor insisted my dislocated rib was a pulled muscle and refused to even feel the large, hard lump sticking out of my chest, I decided to go to the hospital this time round. And to make sure there would be no understandings, I took my friend who studies Chinese philosophy, who speaks Chinese.

Google ‘pink eye’ or ‘conjunctivitis’ and you get a page of stomach turning images of green gunk filled, swollen, red eyes. That is exactly, eye for eye, what my left eye looked like. I could only just open it. It was not, emphasis on not, a hard diagnosis.

So you can imagine my confusion when I was sent to the optometrist and tested for glasses. Almost in tears, I insisted that I couldn’t see out of my eye and stop trying to make me see tiny letters on the distant wall.

“If you can’t see, then you need glasses,” the girl said.

I pointed at my red, oozing, swollen eye in disbelief. “This isn’t something I need glasses for!”

Thankfully, my friend convinced her to be less trigger happy about prescribing me a pair of lenses. After more logic-less healthcare and five hours of my life gone, I left with two bottles of eye drops and a weird longing for the NHS.

The doctor had given me the all clear to go straight back to work, but I took the next morning off anyway because conjunctivitis is extremely contagious when it’s oozing still, and giving it to all my small children would not make me teacher of the year.

“Eyes? Red eyes?” chorused my six year olds when I entered, first class back. Their English is very limited so my co-teacher explained to them that they couldn’t come too close to me. In unison, their hands went over their eyes. “No!” I shouted, “that will make it more likely to infect!”

“See?” I replied. “This is why you need to listen and not talk Chinese. We just talked about my eye.”

“TEACHER, YOUR EYES, THEY’RE SOOOOOOO RED, AND SOOOOOOO SMALL,” shouted one of my eight year old students the second I walked into the room. By far my biggest cram school class, all seventeen of them gathered round to stare, laugh and point.

I wish there was a happy ending to my battle with pinkeye, but thanks to the climate (hot and humid is a breeding ground for bacteria) and my babies (a room full of toddlers is also a germ factory) it keeps coming back, just thankfully not as bad as the first time round. Salt water is helping more than the eye drops, and I’ll keep fighting it.

The eyes are just part of the picture, though. Since I got here my hair has turned into a frizzball of a totally different texture that gets drier instead of greasy the longer I’ve gone without washing, and my skin broke out so badly it was my teenage acne years all over again. A year in my face has cleared but my chest hasn’t, and I’ve cut my hair off to a level where the frizz is more manageable, but I still wouldn’t say I feel like ‘me’.

And the thing is, this is not British or Western culture. Personal comments here are a sign of caring, and it’s relatively normal to comment on weight gain or loss however minimal, on pimples, and on hair and general physical appearance. In the UK if I was having a breakout, sometimes what would get me out of the house would be the thought ‘it’s okay, no one will notice, it’s just me that it’s obvious to.’ What you realise here is that, everywhere else, they’re just being polite.

I know I’m a soft touch, which definitely exacerbated the following events, but a few days ago my 8 year old girls decided to massage my shoulders when I was writing communication books. Before, they liked braiding my hair and saying “Mei mei!!” which means little sister. Apparently I have bad hair, because it’s curly. I interpret this as being my hair is bad, because it’s different. After a moment of pummelling my shoulders, they started flapping my arm fat. I have no more than the average woman, and less than most, but still enough to amuse 8 year olds. Then they called my eyes small, and my nose big. And have I thought of surgery? Everyone gets it here… Then they asked me “teacher, do you think you’re fat?” That’s where I drew the line and told them you don’t ask people that. They said okay and sloped off.

Did I know about plastic surgery when I was 8? Maybe, because I grew up next door to a clinic, but I wouldn’t have known the details or known enough to tell someone to get it. The comments were a strange mixture of childish rudeness and cultural gap. I like the girls who made them a lot: they’re good kids, and I can’t imagine that there was anything malicious or hurtful intended in them. They do what I ask and are usually respectful. It had me wondering, what actually counts as disrespect here?

The only comment on my aesthetics that’s ever provoked a negative reaction from a Taiwanese coworker was when I was teaching colors in kindergarten. “Brown!” I flash-carded them. One of my Korean toddlers shuffled forwards and pointed at my quite-tanned arm. “Brown!” he shouted out. 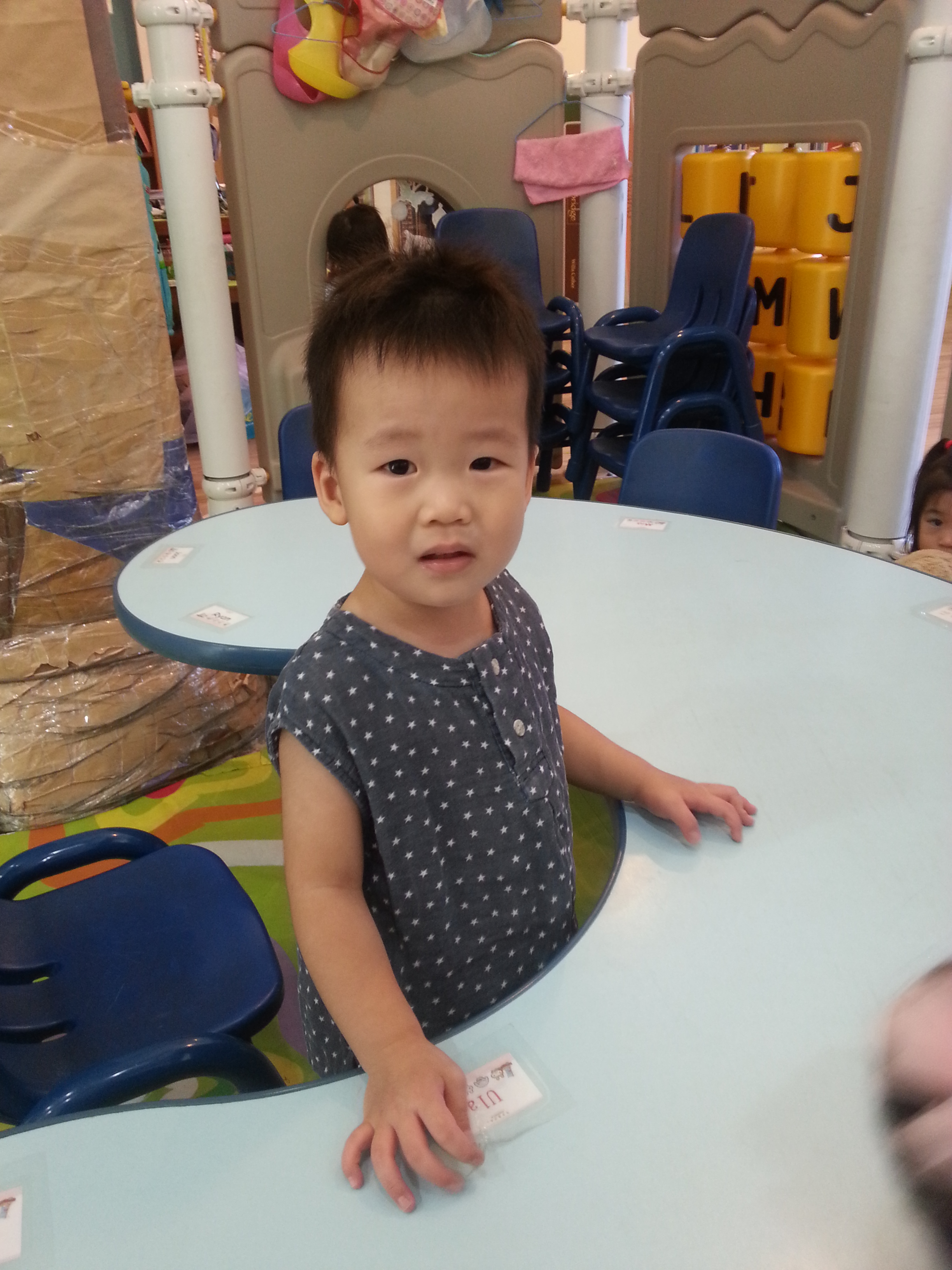 “Brown!” The face of a toddler confronted with a blonde-haired green-eyed Westerner.

My coworker looked shocked. “He doesn’t mean it!” she said, placating me as though he had just pointed to me for the flashcard ‘ugly cow’.

There are some curious culture divides.

in Asia, Cambodia, Travel tales, Uncategorized
Motorbike Crash in Cambodia – Part 2, the island recovery
in All Things Vegan, Conscious travel, Taiwan, UK, Vegan travel, Vietnam
6 vegan meals you need to eat in 2016, and where to find them – Plant-Powered Nomad
in All Things Vegan, Japan
Vegan-ing out in Tokyo